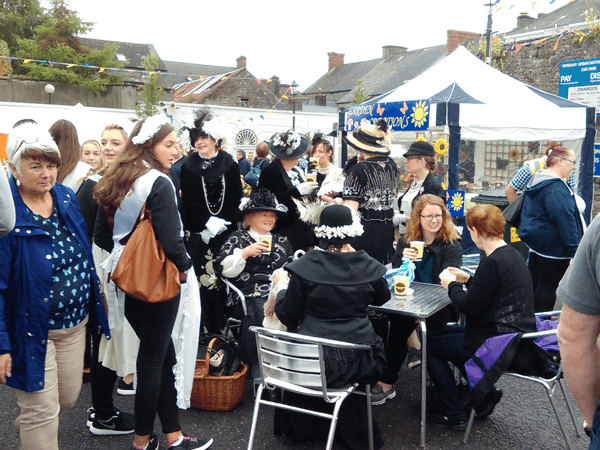 The festival sponsored by the Tipperary Co-op,  is ideal for all the family to enjoy a taste of traditional Ireland. The appeal for the Churn Rolling sport has extended across all age groups, attracting people from across the country to see the spectacle and hear the sound of churns echoing for themselves. Fascination with the sport has spread with thousands of spectators lining the town’s Main Street to watch the race.

Adult and junior heats are run, requiring a combination of speed and skill to control the revolving churns.The competitors race 100m at speeds off up to 40km per hour.

The people of Tipperary town are eagerly anticipating the trundling sound of churns returning to Main Street this summer and expect more visitors than ever.

Reads Park self-catering accommodation is located in the village of Galbally. Approximately 5 minutes walk from the village square, pubs, local shops and amenities. Galbally, Co Limerick is on the Limerick/Tipperary county

The outside decking area gives a great vantage point to see the stunning mountain view. Outside Decking Area includes:- Dining table and chairs (with Parasol if required) Fantastic views of the mountains

For bookings and enquiries